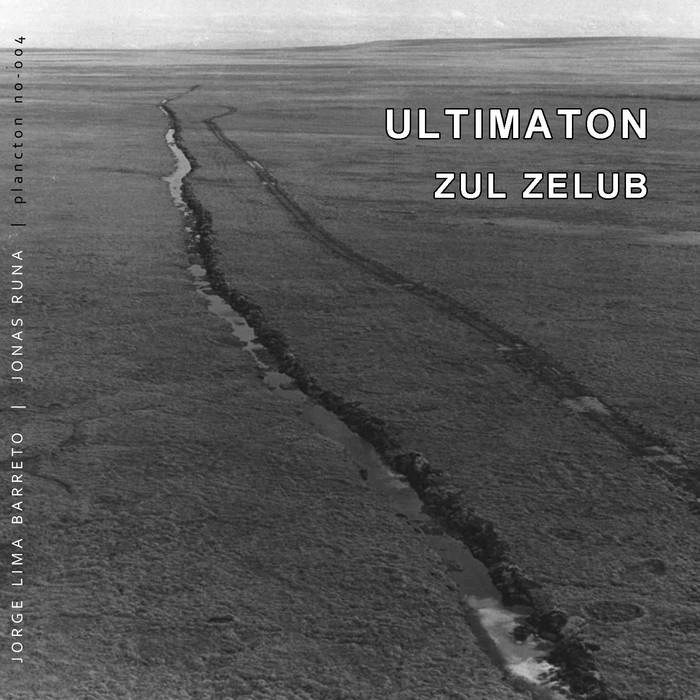 
"Zul Zelub" is an electroacoustic music project, for Piano and Computer/Live-Electronics, founded in 2007 by Jorge Lima Barreto and Jonas Runa; A radical conceptual attitude, the theory of “Unrealized Musical Energy” is a purely mental investment of memory and will – inaudible entity – secret musical aspect, the unexpressed, a desire for the unsubstantial, parapsychic force which doesn’t generate matter, anticipatory abandoned concept, virtual formulation, as in a dream or a cyberjourney.

Project for piano and computer music: the piano is captured by the microphones and processed by the computer (Kyma X). The digital musician and composer João Marques Carrilho, name: Jonas Runa; files, interferes, superimposes timbres, phraseological lapses, interloquy in real-time. The piano playing has an experimentalist character, flow of improvisations, and merges itself in an open discourse of permanent action, unfolding in notions and dynamics of time (retarded, asynchronous, synchronous, accelerated) to reach the invention of new sound spaces.

The duo proposes to interact with other musicians, performers, or eventual inter-artistic actions, using original DVD’s and slideshows in live concerts. Their scenography is a new concept of “Installation”, and "Zul Zelub" has planned performances in plastic arts and multimedia installations by other artists.

The Unrealized Musical Energy: What lies behind a musical realization? What precedes it concretion, what potentiates the consubstantiation of the creative act of an improviser?

Musicographical ideas never written before, poetic imagery without literary concretion, every usage of the creative musical energy of the unrealized. (Improvisatory composition and execution: In the act of composing/improvising we find invention, unpredictability, inspiration, emotionality).

Musical improvisation is a living force that induces a potential of action and maintains a momentary state of the body; In improvisation, the conceptual aspect is what matters the most.

Improvisation lives in the unknown, at the mercy of the Creative Energy and Open Form; In it’s aesthetic stance, improvisation is possibility and performance (corporal action) - it is an ephemeral state pointing to the unrealized.

Improvisation is work, productive rite of passage, creative representation of the unrealized; It is energy living in the body, which is the place for unrealized musical dreams.

The fragmented body of cellist Zil Zelub of Guido Buzzelli, who lives in a post-holocaust world, a Nature of machines and universal psychosis.

Bandcamp Daily  your guide to the world of Bandcamp

Interviews With Butcher Brown and Slauson Malone, plus LP of the week by SAULT.